Private Residences
Back To The Partners 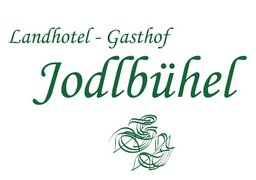 8 kilometres from Kitzbühel, historic guest rooms and a sunny guest garden with a lime tree over 100 years old invite you to linger and enjoy. Ursula and Franz Reisch, with the support of their children Franziska and Hans-Peter, are already the third generation to run the inn.

Classics such as "Wiener Schnitzel with mayonnaise" - "Kartoffelsalat" or "Topfenpalatschinken" are cooked based on the recipes of Herta, Ursula Reisch's mother. The Jodlbühel menu also offers real delicacies for lovers of meatless dishes, from "Kasspatzl" to "grilled pike-perch fillet with stewed tomato cubes", a variety is offered.

The interplay of local materials and regional craftsmanship is also reflected in the rooms of the Landhotel Jodlbühel and allows for a relaxing holiday in the Kitzbühel region.

The Reisch family and their team look forward to welcoming you to the Landhotel - Gasthof Jodlbühel.

Essential for the slider and theme sites

Used by Facebook to display a range of advertising products, such as real-time bids from third party advertisers.